The Grand Finale of Vorbitor 2019 was held on 3rd of March 2019 at the Hotel Sapphire, together with the induction of the new Gaveliers and the installation of the Executive Board for the year 2019/2020.

First the latest new comers of the Gavel Club of University of Sri Jayewardenepura were inducted by Toastmaster Ashane Wadasinghe with the oath, and senior members were made promised to guide those new Gaveliers for the due function of the club.

Then the “Eminentum” took place where the Executive Board for the year 2018/2019 were officially made free from their responsibilities and the following Board which was appointed at the Annual General Meeting held on 7th of Jan 2019 was installed by Toastmaster Thilini Gunasekara by making them promised to perform their due responsibility in the proper manner and they were made worn with the badges.

After the installation was successfully done, Gavelier S Kisory Jayaanths and Gavelier Malsha Kalinga and Gavelier Shahen Silva being the project co-chairs of Vorbitor 2019 welcomed the entire audience to enjoy the grand finale of Vorbitor 2019, and then the contest begun under the judgment of the panel of judges which was comprised of six toastmasters including the chief judge; Toastmaster Jagath Lal Wickramasekara. The contest was led by the following Role Players:

After the contest was over, Co Secretary of the Club, Malsha Kalinga delivered the speech of vote of thanks to everybody who supported to make the Vorbitor Competition series successful.

Following this, the winners of the contest were presented with the awards:

The winner, Nicolo Warnacula from the Faculty of Management Studies and Commerce walked away with a cash prize of LKR 20,000.

Then all the crowd who gathered to witness the glory of Vorbitor Grand Finale was treated with dinner time meals and after the DJ Dance, Vorbitor 2019, the Intra University Speech Competition was successfully brought to its end. 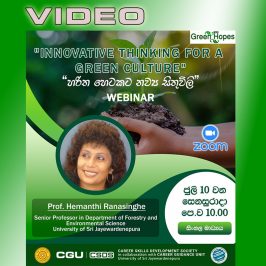 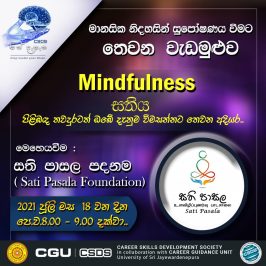 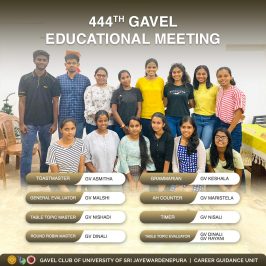 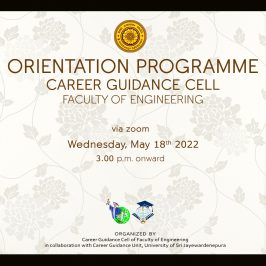 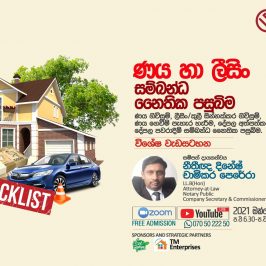 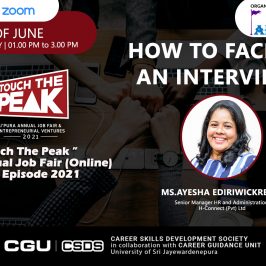