Speech Master is an inter – University Speech competition initiated by Gavel Club of University of Sri Jayewardenepura annually to develop the public speaking skills of University students in island wide. This project builds up a platform for the University and school youth to showcase their youthful spirits and focus on developing and strengthening the public speaking skills needed to take up chances and raise their voices as the future leaders. As usual, We anticipated the presence of about 500 participants representing the Schools, Higher Educational Institutes and Universities island wide. We targeted   three provinces namely Kandy, Jaffna and Colombo continually and this year we reached to Southern province by breaking the geographical boundaries.

The Grand final of Speech Master 2018 was held at the Hilton Residence Colombo with 13 finalists on 12th of August 2018. The chief guest for the event was Mr. Dilantha Malagamuwa .The guests of honour  were  TM Mahesh Jayasinghe & Mr. Rohan Pallewatta. The keynote speaker for that glamorous night was Mr. Peter De Almeida and the chief judge for the panel was DTM Piyakara.The winner of Speech Master 2018 was Natasha Grabau from the University of Peradeniya.The first runner up was Nadeesha Nugaliyadda  and the second runner up for the grand finale was Shahan Athma. The winner was awarded with Rs 100,000 cash price .The first and second runners were awarded Rs 50,000 and Rs 30,000 cash prices in that royal  night.

Speech Master 2018 successfully ended up after seeing most outstanding performances of 13 contestants and we expect to grow Speech Master 2019 bigger and better into its greatest level in a newest way. 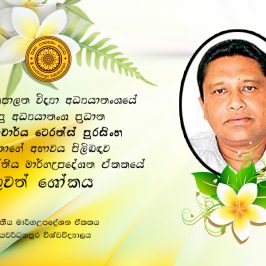 The Career Guidance Unit of University of Sri Jayawardenepura wishes to express its deepest sympathies... 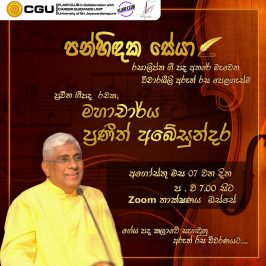 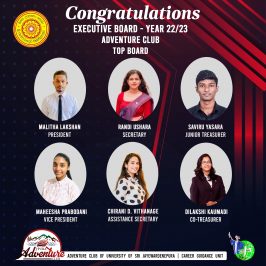 “A leader is best when people barely know he exists, when his work is done,... 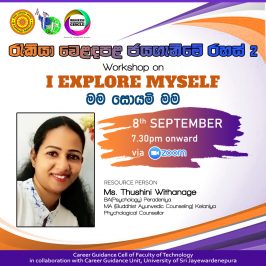 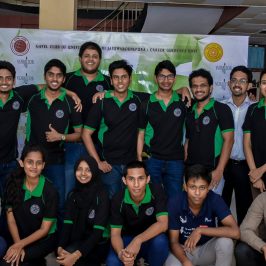 Vorbitor 2017 is the Intra-University Speech Contest organized by the Gavel Club of University of... 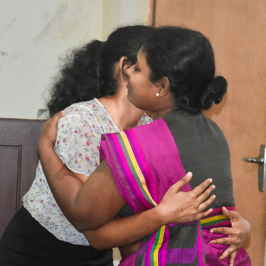 The Annual General Meeting of Career Skills Development Society (CSDS) was held on 28th of...